“Tony Scheer and his team handled my case with expertise and professionalism. At one of the most difficult times of my life, I was able to rely on his wonderful guidance and heart felt support like I was part of his family in trouble. The people at RSFM go to great lengths to get the most desirable outcome possible for your case and hardly take “no” for an answer. They were relentless in working for my benefit in my case. He was able to get a great deal for me. To this day, I can always count on Tony and his team to give me advice and answer questions I might need. I will always call Tony and his team if I need a great lawyer and he will always be the first lawyer I recommend to anyone.” 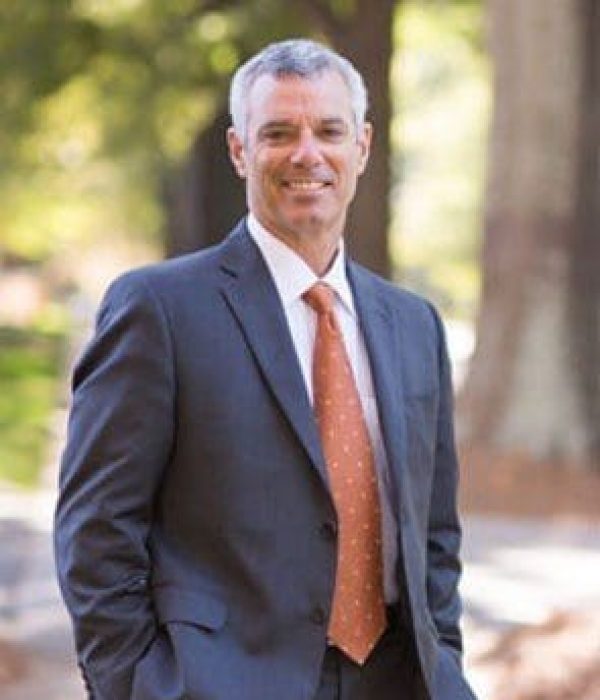 Tony Scheer is a trial lawyer who focuses his practice in the areas of criminal defense and whistleblower litigation. He is a former prosecutor and is a Board Certified Specialist in the areas of State and Federal Criminal Law. He represents defendants in courts throughout North Carolina and elsewhere around the United States. Mr. Scheer is also one of only a very few lawyers in North Carolina who maintains an active practice in representing people who blow the whistle on fraud against the Government. Read the news: Tony Scheer named to North Carolina Top 100 List 2019 Super Lawyers list along with 2019 Avvo Top Rating.

Mr. Scheer graduated from Duke University (with honors) in 1979. He owned and managed a water sports store in Durham, North Carolina for several years after college. As a certified scuba instructor, Tony trained several hundred people to dive and led dive expeditions all over the Western Hemisphere. After selling his interest in the store, Tony fulfilled a long-time desire and returned to school to study the law in 1989 at the age of 32.

Tony graduated with honors from the University of North Carolina School of Law in 1992. He was a member of The Law Review and concentrated his studies in the areas of criminal and administrative law. In 1992 and 1993, he was a law clerk for the Hon. Henry C. Morgan in the Federal Courts for the Eastern District of Virginia. There, he gained valuable experience in a wide array of federal law and had the opportunity to see the system from a judge’s perspective.

In 1993, Mr. Scheer moved to Charlotte to take a job as a prosecutor in the District Attorney’s Office. After a year during which he was the founding prosecutor in the new domestic violence court, he began handling felony cases. The final 3 years of his time in the DA’s office was spent prosecuting exclusively violent felonies such as robbery, rape, and murder.

In 1997, Mr. Scheer left the DA’s office and joined the law firm of Rawls & Dickinson in 1997. He became a partner of what is now Rawls, Scheer, Clary & Mingo in 2001. In his early years with the firm, Tony handled all crimes from traffic offenses to murder. Since 2008, his criminal practice has been exclusively major crimes and high profile cases in the State and Federal Courts.

Since 2003, Mr. Scheer has also handled cases for whistleblowers, filing suit on their behalf to stop fraud against the government and protecting their rights and their jobs. It is a practice area which is naturally complemented by his federal defense work. Tony and his whistle blower clients have been responsible for the recovery of nearly 6 million dollars of the taxpayers’ money. 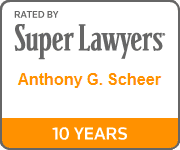 “My experience in dealing with Anthony Scheer was impeccable. An acquaintance of mine advised me to hire Tony as he has a lot of experience and is very knowledgeable, capable, and professional. What was key to me, is that not only is he knowledgeable, he sincerely cares for your situation. You are not just another client to him. He is very understanding of how difficult and life changing the process can be and he goes the extra mile for you. I highly recommend him.”

Book an appointment with Tony Scheer

I was thinking earlier this week about “The Long Fight”.  We get in long fights in criminal law.  This was a case that I just finished up on Monday; the defendant was charged for about two years with attempted murder of her one year old child, and when I looked back on it earlier this week, it occurred to me that a whole lot more pain and suffering had happened for everybody concerned then was really necessary and I wondered; why was it that that happened?

Here's a piece of advice many of us got from our mothers: Be careful who you hang out with because the mistakes they make may end up being yours. In law, we call this vicarious liability. It's really how a person can get into trouble with the law by associating with someone else's doing wrong.

What is consent to search?

So here's a common situation. The police just show up out of the blue. They stop by your work. They come by your house. They're searching for evidence. Now unless that person knows for sure that they're not a suspect in anything, it's a really dangerous moment.

“Mr. Scheer is tough, smart, dedicated and practical. He is a straight shooter who gave me the facts and explained the potential outcomes so that I could participate fully in all proceedings. He went far beyond the call of duty in his efforts to achieve the best possible outcome for me. He worked within the system when appropriate but backed down from no one if he met resistance. I do not believe that Mr. Scheer could have done any more and done anything better that he did in my case. Mr. Scheer was there when I needed either a sympathetic ear or an admonishment to stiffen my backbone.”

Schedule a Consultation with Tony Scheer