Checklist: 11 Things to do After a Car Crash

Being involved in a car crash can be a life-changing, scary thing. Even a wreck that is less serious is unnerving, especially if it has never happened to you before.

That’s why I developed this checklist. If you follow it closely it will help you make the right decisions, and they will lead to a better outcome to this unfortunate event.

What to do at the scene of the car crash

1. Take photos of all the cars involved and the scene

This is easy for folks with cameras built into their phones. Be sure to take photos of the wreck from every angle possible, including the front, back and sides of your car and the others in the crash. If other property was damaged, such as utility poles, fences, yards and flower beds, be sure to get photos.

This is important regardless of whom you believe caused the crash.

2. Exchange information with all drivers and passengers

Get the following information from all drivers:

If there are passengers, also obtain their names, numbers, and addresses.

3. Write down what the other driver(s) said about the car crash

When talking to other drivers, despite being shaken up or angry about the incident, be courteous and cooperative. Make note of any comments the other driver(s) or passengers make about how or why the crash happened. The descriptions and reasons they give at the scene may change later on.

BEWARE: Anything you might say about your role in the wreck might be considered as admitting legal liability for what happened. Immediately after an accident, it might not be clear who was at fault or more at fault. Do not try to figure this out yourself. You do not know what other witnesses saw and do not know all the facts, so let those with the responsibility of determining who is at fault do so.

In addition to their contact information, including email address and cell phone number (and work phone number if they will give it to you) ask the witnesses what they saw and write it down. Sketch out the scene and indicate each witness’ position on the diagram that includes all vehicles involved. If you are unable to do this, ask the officer on the scene or someone with you to get this information.

5. Take pictures of your injuries and the injuries of all those in your car

The old maxim, “a picture is worth a thousand words” was never more true than in a case of personal injury. Cases can take months or even years, and while purple bruises, powder burns and cuts will eventually heal, a picture shows a judge, jury and insurance company the extent of your injuries when they were incurred.

Pictures taken during the healing process can be very helpful to show how long it can take to fully heal from an injury, so keep taking photos throughout your recovery.

After leaving the scene of the crash

If you believe there are errors in the report, contact the reporting officer, explain the error and ask for a correction. If the officer refuses, you have the right to ask for a supplement to the accident report with your information. An experienced attorney can help you write that in a way that protects your interests. Additionally, an attorney may know how to find facts that are not subject to interpretation.

For example, an accident report for one client indicated the other driver had a green turn arrow on the traffic light. I was able to determine that at the time of the crash, the green turn arrow was not functioning and the reporting officer did a supplemental report to show this information.

7. Tell your medical providers how the crash occurred

Your medical records will be part of the claim to the insurance company and may be admissible in court. Be sure to explain to the doctor or nurse how the crash happened and everything that hurts. Make sure what you tell your doctor is correct and review your medical records (which you must request if you do not hire an lawyer) to verify that what you said was accurately portrayed in the doctor’s notes.

If the medical team got something wrong, you can clarify the necessary changes on your next doctor visit.

When you follow your medical team’s care plan, you have a better chance healing AND of collecting the full amount of what’s due to you. Take your medications, go to physical therapy, and do your exercises as prescribed. Be sure to go to any follow-up appointments and refrain from any activity your doctor says you should not do.

Although you may feel “just fine” and be tempted to resume your normal activities before being advised to do so, I have seen cases where pain and other symptoms come on gradually, and if you are not following up with your medical team and doing what’s asked of you, such pain or symptoms might be attributed to something besides the car wreck.

You want your doctor and therapists’ records to work for you, not against you.

Be sure to update your lawyer during your course of treatment and advise your lawyer when you have been released from care. This is generally the point at which your injuries have healed completely and your lawyer can make demand for payment at that time.

Promptly tell YOUR insurance company you’ve been in an accident and cooperate with them in every way. Always tell the truth about what happened and describe the extent of your injuries; failure to cooperate can result in a loss of coverage under your own policy.

Be sure to explain the facts clearly and ask them to repeat what you said. Expect they will record your statement and ask for a copy of the recording.

Next. review your insurance coverage with agent you speak with and determine whether you have medical payments coverage. This will help cover any immediate medical expenses from the crash. If you are not hiring a lawyer you can open this claim on your own. If you hire a lawyer, your lawyer should make this claim for you.

Do not speak to the insurance company for the other driver without talking to a lawyer first.

10. Get an independent property damage valuation

I suggest getting two independent repair estimates or valuation quotes and be firm when speaking with an adjuster about why you think a higher amount is fair. Remember, the insurance company is only require to pay the fair market value of your car, not what you owe on it or what it may cost to replace it.

See also  Arrested for DWI or DUI? Why it is Worth Fighting

11. Cooperate with the District Attorney’s office if it pursues criminal charges

Sometimes the reasons a driver crashed into you will result in criminal charges against that driver. When the state prosecutors take a case it is because prosecutors believe the person at fault was doing something illegal at the time that you were hurt. This could involve willful and wanton conduct or reckless disregard for the safety of others, including driving while impaired (DUI/DWI) which is one of the most frequent reasons for an accident case to be addressed by the criminal courts.

In any of these instances, the state may proceed with criminal charges and ask you to testify as a witness.

NOTE: you are not the state’s client and the state will not address insurance claims for you. You may also be asked to speak during the sentencing phase of a criminal hearing, and an attorney can assist you with what to expect and how to prepare.

If the person who hit you was charged with driving while impaired (DUI/DWI), you should also contact an attorney immediately. Our courts have held this bad conduct is the kind of action that can be considered for punitive damages. The purpose of punitive damages is to punish the drunk driver and deter other from doing the same thing. If you are a victim in a crash caused by a drunk driver, you case is evaluated much differently that if the crash were caused by a sober person.

I began my career as a prosecutor, therefore I understand what’s going on with the criminal case and how it impacts any civil claims you have.

There are other precautions you should take at the scene of the crash to be sure the authorities pursue the possibility that the driver was under the influence of a drug or driving while intoxicated.

If you have been in a car crash and have not yet contacted an attorney to represent you, I welcome the opportunity to discuss your case. 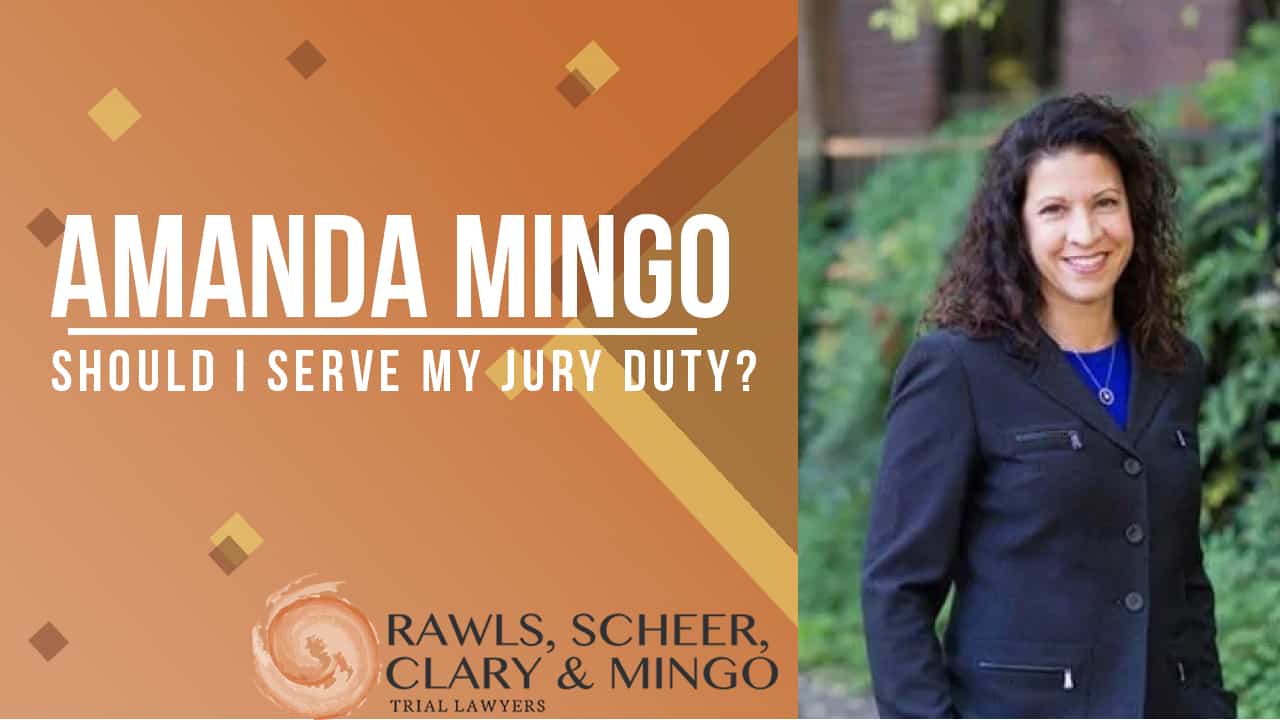 Should I serve my jury duty? 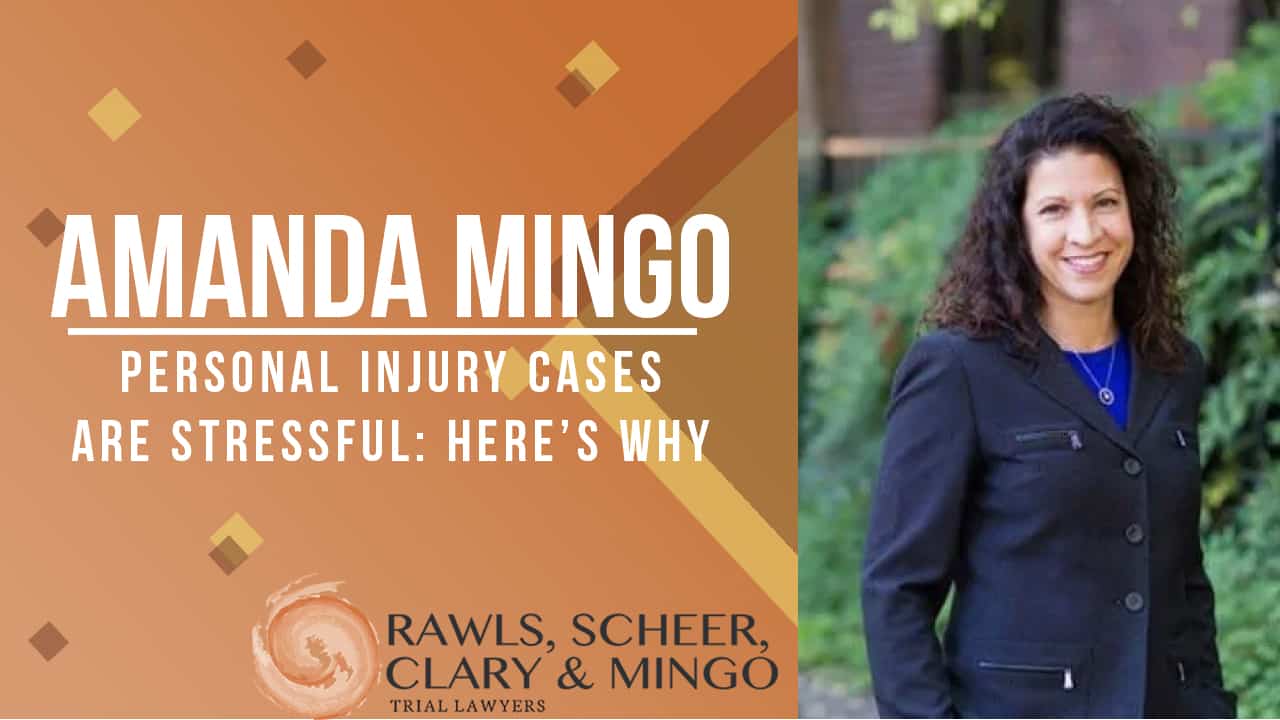 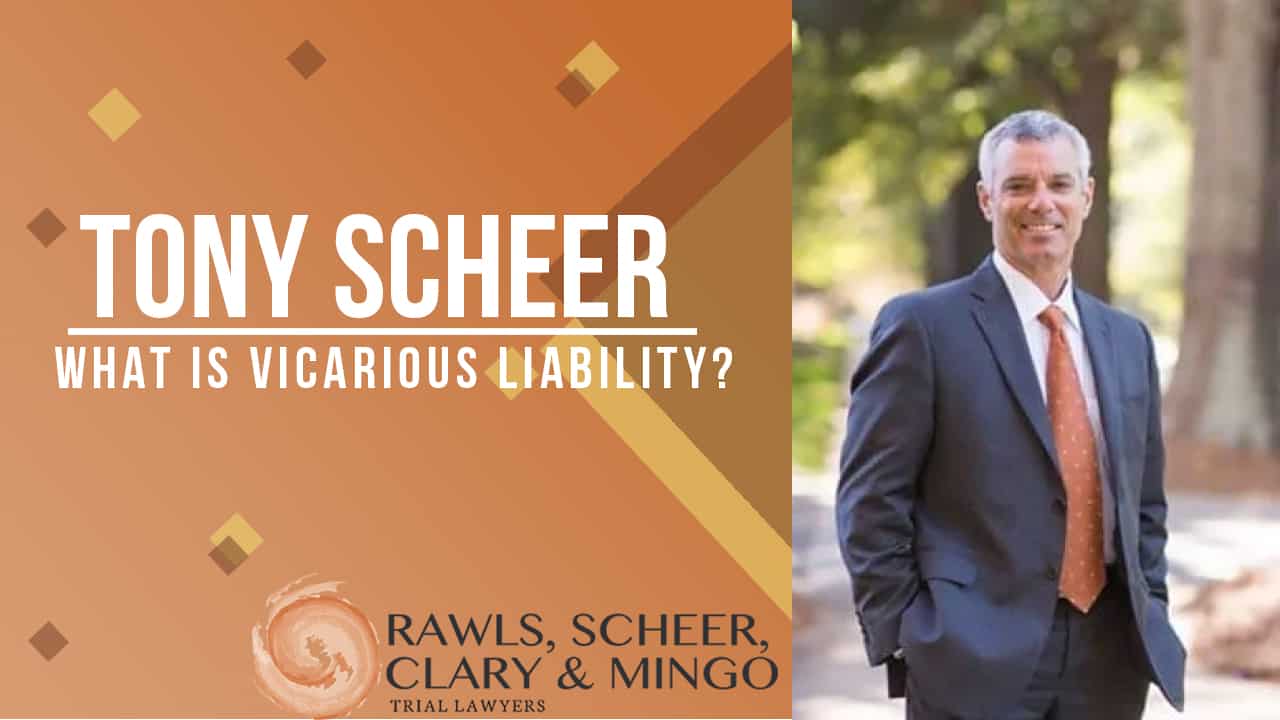